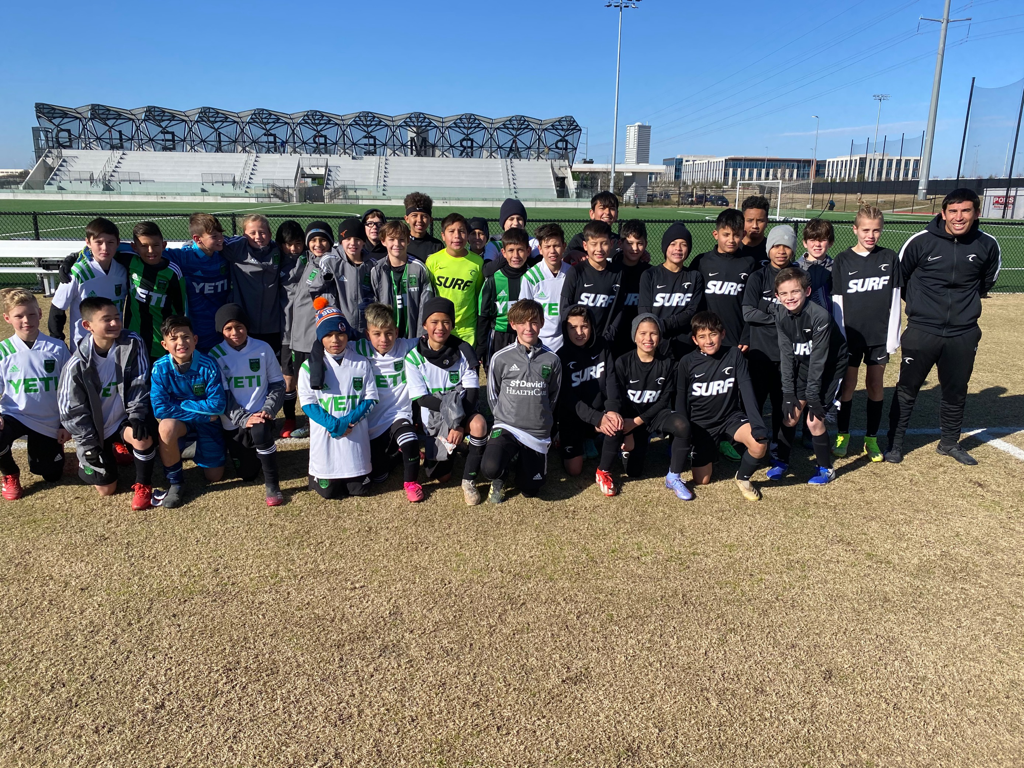 SA Surf 2010 Boys, with support from some of our 09s, played against MLS Austin FC Pro Academy U12s on Saturday morning (January 15th, 2022) in a friendly. The boys played an excellent match that can safely generate plenty of excitement to kick off the spring season!

Austin FC’s staff and administrative officials were very impressed with the quality San Antonio Surf offered. In response, Austin FC has opened the door for potential experiences by means of training sessions for some of our players who might have what it takes to reach the next level.

These experiences, along with other exposures, are another example of the pathway we are proud to be creating at San Antonio Surf for the next generation of elite level soccer players in South Texas.